These are Their Stories

These Are Their Stories – Looking Back Throughout the course of this year, we at Freedom to Lead have been intermittently featuring segments called “These Are Their Stories.” We have been telling stories of men and women throughout Asia and Africa who have been impacted by God’s work in their lives and leadership through Freedom to Lead.

These Are Their Stories: Malick When Malick came to Freedom to Lead, he did not think he could be a pastor. Today he is thriving as he leads a congregation that impacts their community for Jesus Christ – thanks, in part, to the contributions of those whose hearts are turned to the unreached.

These Are Their Stories: Finding Purpose in the Midst of Loss

When you first meet him you’re slightly intimidated as he towers over you in height. His square jaw is set and his eyes are piercing. You can’t help notice the scars on his arm, but you try not to stare. But then he offers you a firm handshake and his white teeth smile against the contrast of his dark complexion. He tells you his name. For safety purposes in this post we’ll call him Samuel. He’s originally from Sudan, but he’s now a pastor in Uganda. You feel like there’s more to this story. Much more. 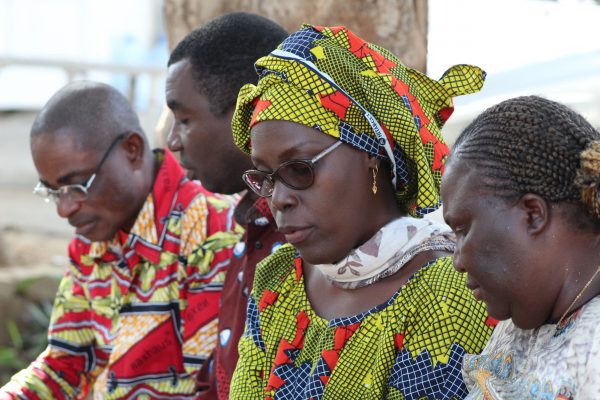 I think I’ve been getting it wrong all these years. Since that time two millennia ago in Antioch when followers of the Way were first called Christians, the church has carried God’s mission to the world. Evangelism and discipleship methods have varied over the centuries and the local church’s involvement in the advancement of the kingdom of God has looked different from culture to culture and has changed with the times. During the last decade, for example, there has emerged this new term in missiological communities called “orality.” Orality methods are essentially methods of evangelism and discipleship that involve oral-based communication like story, drama, music, and the arts to portray the gospel rather than linear, abstract, literate-based communication that has been done since the invention of the printing press. Missions groups have been recently saying that they would like to begin using orality methods for peoples and cultures that cannot or do not read. The tried-and-true literate-based methods would still be used for peoples and cultures that do read. At least that’s what I thought they were saying.

These Are Their Stories – Chandra and Rick

In 2006, Chandra was invited to a workshop that introduced him to the idea of storycentric communication. At first he was highly skeptical of this new approach, but he soon became convicted that storycentric methods of learning were more appropriate than literacy-based learning for his people. So instead of teaching them through lectures and systematic theology, he began to incorporate biblical stories, drama, and traditional music.

The results were dramatic! People responded to the storycentric methods beyond Chandra’s imagination. Since 2007, the ministry he leads has planted more than 860 house churches throughout Odisha.

However, Chandra’s story doesn’t stop there.

These Are Their Stories – Elizabeth

Elizabeth grew up in a small town not too far from the capital city of Addis Ababa. A godmother-type figure was the one who raised her while her parents worked. She remembers her guardian taking her to church at a very young age. When she was a little bit older she was able to move back home to live with her parents and siblings. One day a church opened up next to their house. She remembers that they were singing. They were familiar tunes, songs she remembered hearing as a very young child. Intrigued, she went over there by herself, if only for the music. For two years she kept going back, drawn especially to the singing. One day the pastor was preaching from Romans 12 (“Rejoice with those who rejoice, mourn with those who mourn”). Something stirred in her heart with those simple words and she immediately accepted Jesus as her Savior upon hearing them. She was 12 years old. Her first work as an evangelist was to her own family.

These Are Their Stories – Matthew

Matthew* and his wife are simple people of Zimbabwe who lead a quiet life unto the Lord. When the AIDS epidemic swept throughout southern Africa in the late 80s, Matthew and his wife took in four children from their church home who had recently become orphans. Their heart for these children was due in large part to Matthew’s wife having grown up as an orphan herself. She knew firsthand what it’s like to walk that lonely road and is using her story to give her life to others. Over the years they began to add to the number of children they would bring in and care for. Today their ministry to these orphans have expanded to 66 orphans that reside with them. In addition to these 66, over 100 children are fed meals every day by their ministry.

These Are Their Stories – Stephen

Like many places in Africa, Nigeria operates regionally by tribe. There are “Muslim” tribes and there are “Christian” tribes. Whoever is dominant in that region maintains the power. Stephen was born in the north where the power belongs to the Muslims. That means that the Muslims have a say in what kind of job one is allowed to have once he reaches age. Stephen grew up with a military father and an Anglican mother. From the time he was young he knew he wanted to help people. He thought that meant he would become a doctor someday. However, the Muslims in his area would not allow Christians to have “professional” jobs. Not sure of the options that he had, he discovered that he had an uncle living in the south. His uncle took him under his care and became Stephen’s guardian. Stephen was able to get an education in the south. His uncle’s Christian influence encouraged Stephen to walk away from medicine and begin a journey toward studying to be an Anglican priest.

Investing In My Twelve Year Old Self As I approach Thanksgiving this year in the context of being a member of a ministry that seeks to raise up Christ-centered leaders, I think of a man who poured character and principles of leadership into my own life.

Where No One Has Gone Before We are living in what may be the most exciting era in church history. Unprecedented opportunities abound to expand the kingdom of God, and the church of Jesus Christ is advancing despite social, cultural, and spiritual forces.

Leaders who are able to develop critical leadership competencies regardless of their level of literacy. Leaders who emerge from painful experiences and cultural limitations to be set free to lead their churches and communities.