What is Compassion Fatigue?

We’ve had a good couple of weeks so far, haven’t we? The next “stream” of the Spiritual life that we are going to discuss is “The Compassionate Life.”  However, before we dive into the topic, I’d like to bring something to your attention that is very serious. There is an ailment that is infecting many well-intentioned Christian people around the world, including myself.  These people are good people.  They are generous people.  And they are

A. B. Simpson’s Story People know this pictured spiritual leader as A.B. Simpson, especially those who associate themselves with a Christian denomination called the Christian & Missionary Alliance.  But, before that he was simply a young man named Albert. And Albert was one who exemplified The Empowered Life. Albert was born in Canada in 1843.  He was raised in a strict religious tradition, and was converted to Christ under the ministry of a visiting evangelist from Ireland when he

Living Out the Fullest Meaning of the Presence of God

Yesterday we started examining The Empowered Life. We acknowledge that we are tired of living this upright kind of life and that we have come to the end of ourselves.  We say with our mouths that we believe in the power of the Holy Spirit, but how much do we really hold that to be real?  The fact is, Jesus – through the sanctifying Spirit – is able to do for us what we cannot The last few days we’ve been talking about the New Life.  Yesterday we heard John’s story.  Now we’re moving on to the second stream of Spiritual Leadership: the Abiding Life. What exactly do we mean when we talk about the Abiding Life?  Basically our main idea is this: Both the receiving of the sacraments (baptism and communion) and human intuition can be means by which believers experience intimacy with God; however, both sacrament and intuition This post is part of the blog series on Spiritual Leadership.  Our Freedom to Lead International team is currently in India doing our final module on the subject to church and ministry leaders from all parts of India and Nepal.  These discussions on this blog are a way to invite you into the experience. I’d like to introduce you to John.  I’ve never met John personally, though I have benefitted from his influence. Perhaps his story This is part of a blog series on Spiritual Leadership.  As you are interacting with the themes, please be praying for the Freedom to Lead team that is currently in India and Nepal this month teaching on this important subject with national leaders there. October 15, 1974. As an elementary student I went to the Good News Club after school, and through the story of the Wordless Book, I prayed and invited Jesus into my heart.

Of Bullock Carts and the Tension in Spiritual Leadership 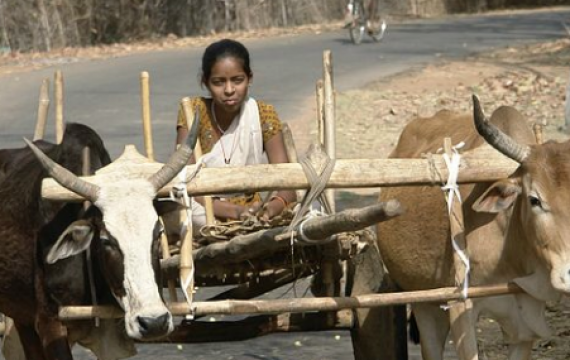 Spiritual Leadership Tell me, what is the first thing that comes to mind when you think of spiritual growth or discipleship?  A solitary individual meditating or praying?  People who are always ready to tell others about who God is and what He has done?  The woman who reaches out to her neighbors in their time of need?  People gathered together doing service on behalf of their church?  Healings, miracles, and speaking in tongues?  Administering the

Spiritual Traditions: Living in the In-Between and Our Common Story The Old Testament is rich with stories about a God who chooses a people for Himself and pursues relationship with them. Intertwined in these stories is the promise of an Anointed One who would come and make all things new, both for the present age and the age to come.  There is about a 400-year gap between the Old Testament and the New Testament.  In that gap there seems to be silence, but we have

Four Years, Eight Modules. What is Freedom to Lead International doing that is really so unique? Spiritual Leadership This post is part of a series on Spiritual Leadership while our Freedom to Lead team is in India and Nepal this October. When FTL went into India for the first time in 2010 we knew we were committing to a specific group of church and ministry leaders for the long haul.  And they were committing to us.  Although our initial commitment was a four-year program that would feature eight leadership development modules

Spiritual Leadership: Back to India and Nepal This month (starting October 6) Freedom to Lead International will be back in India and Nepal! During our time there we will be doing various events throughout the region, culminating October 22-24 with our final leadership development module on Spiritual Leadership.  This module will complete Phase 1 of our ministry in India and Nepal.  We anticipate great things as we go from this place. The Story is not finished yet.   On this blog between now and October

Brendan Eich, co-founder and CEO of open source company Mozilla, was forced to resign this week after it came to light that he made a $1000 personal donation to the 2008 campaign seeking to ban same-sex marriage in California. Eich’s resignation was prompted after OkCupid, an online dating service, encouraged thousands of its customers to boycott Mozilla’s Firefox web browser. A spokesperson for the gay-rights activist company wrote, We are pleased that OkCupid’s boycott has